Junior Boys are back with their new album Big Black Coat, released February 5th via City Slang. A strikingly energised and intuitively dynamic set of songs, Big Black Coat is shaped by what Jeremy Greenspan and Matt Didemus have been doing in the five years since their last release, It’s All True, in 2011. The Hamilton, Ontario duo have racked up four albums since they formed in 1999, including their 2004 debut Last Exit and 2006’s So This Is Goodbye, two rapturous – and rapturously received – records that were as poignant as they were impeccably produced, and prefigured the digital R&B so beloved of many an artist in the last few years.

The years since then have been filled with nourishing independent pursuits. Greenspan released two solo singles and a collaborative EP on Jiaolong, the label run by his old friend and fellow Hamiltonian Dan Snaith (aka Caribou, Daphni – Greenspan also mixed several songs from Swim). Greenspan also co-wrote and co-produced Pull My Hair Back, the acclaimed 2013 album from Hamilton singer-songwriter and producer Jessy Lanza (more recently the pair remixed le1f). Meanwhile, Didemus – who’s now based in Berlin – started releasing solo tracks under the name Diva and launched his own label, Obsession. This shift in both their focus was crucial to the making of Big Black Coat.

In our new interview with Greenspan, he spoke to us about the making of Big Black Coat, his collaborations with Jessy Lanza, the return of industrial music, and more.

In the nearly five years since your last album, have you evolved as a songwriter and how would you say the band’s sound has evolved?

Well, I don’t know. I feel like we’re so dependent on our equipment that I always think of all the personal evolutions in terms of songwriting and stuff to being secondary to the technical evolution, in terms of being able to have more confidence about using the equipment that I have and buying new stuff and becoming interested in other techniques. I think of the whole process of writing from a very technical perspective. I don’t really think about it very much, although I’m a big fan of song craft and I understand the skill-set there, I just don’t really do much to hone it. I focus all of my attention on the technical stuff.

Would you say that goes into your songwriting a little?

It does. I think it does, because all of the music is informed by the technical decisions, in terms of what equipment we use, or what kind of environment is being recorded in and then all of the little… you know being a mixing [and] recording engineer is all about learning new tricks. You learn a little trick and you use it.

With your two solo singles and collaborative EP, did you shift your approach when you began writing for yourself rather than writing for Junior Boys?

A little bit. The main shift was taking… a lot of the songs that I’ve done for Junior Boys all scoff in that sort of way, sounding like techno tracks, and I looked and they resembled songs. So for the solo EP all I was doing was taking those initial ideas and stripping all the stuff out. The difference is instead of building something up from an initial idea, the idea is to have an initial idea and then strip everything out. It’s an inverse process to what I usually would do.

That must have been interesting, to switch it around like that.

It was great, it was super liberating in so far as it was much faster and it was pretty fun.

How did the liberating and invigorating experience of doing solo work carry over to creating Big Black Coat?

I think it had a big appeal, a sort of influence in terms of not being bogged by my own nepotism on what the Junior Boys album ought to sound like, or how I should go about doing it. I think working on the solo stuff had a big… yeah I guess the word is a liberating thing, where I could feel like I could do whatever I wanted.

Also working on the Jessy Lanza record had a big influence, in terms of applying some of her ideas to what I was doing and just being influenced by that whole process.

You co-produced Jessy Lanza’s 2013 debut album, and her upcoming album Oh No. What has it been like working with her, and what was the creative process like for the new album?

She’s very easy to work with. We were able to do things very quickly, which was part of [what] was most exciting about that whole thing, how quickly we were able to work. We’d get songs finished really fast and I think it’s nice, because we’re both people who generate ideas really quickly, so we’re both able to keep up with each other. There’s not a lot of writer’s block. The thing was that I was able to use some of the things that we did together on the Junior Boys record. It was cross pollination. 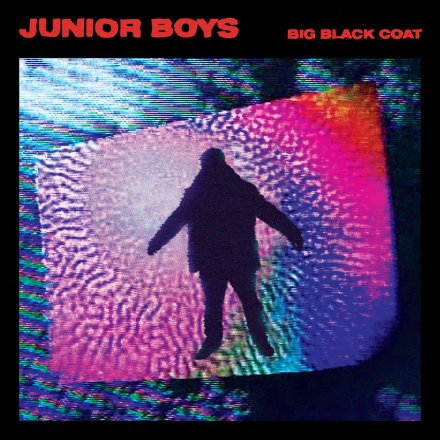 How would you compare co-production of another artist’s album to the creation process of your own and your band’s albums?

It’s pretty similar, to be honest. The main difference is the person that you’re working with. That’s really what it comes down to. It comes down to Jessy’s involvement. Other than that, my approach, it’s not that different. I don’t have a different method of working on any of my stuff. I don’t really know how to do anything other than the way I do things. I’m not professional enough to be able to switch modes.

You noted that the album title is a metaphor and analogy of a way to insulate yourself away from the harshness we all know so well of our Canadian winters. Can you elaborate on that a bit?

The album was done in the depths of winter, and I don’t know if you’ve been to Hamilton, but it’s something that has a vibe in the winter and I wanted that vibe to be… I always think that music comes from a place. I think wherever you record the music has an influence on it. I’ve always thought of our records as being about Hamilton, or southern Ontario. I thought of it as a wintery album, and also after doing this for over a decade, I was getting kind of nostalgic, so a lot of the influence for the record was older dance music that I had been into as a teenager. A lot of techno and industrial music. Just music I associated with people wearing black coats in the winter. (laughs) That world of goth and industrial, with guys wearing black bomber jackets and stuff like that.

It’s funny to see the progression too, it kind of went from that gothic techno, into some happy hardcore, and now it’s cycling back to the big black coat like you say.

In terms of the creative process for It’s All True, how would you compare it to that of Big Black Coat?

Do you think any of those will ever surface?

I hope not. (laughs) I mean, some of them might get re-worked into different ideas later if I’m feeling all together lazy, or if I go back and listen to something and think there’s something to it. But I think I got rid of them for a reason.

The title track on this album carries influences ranging from Yellow Magic Orchestra and Plastikman. What kind of influence did they have on this album, and were there any other artists that you drew inspiration from?

Resistance, that kind of stuff. I hear that influence on the record, but I’m not good at being able to see how that stuff happens, because I’m too close to it.

Do you think they kind of blended into what this album became?

It must be interesting, if you look at it like that, to have people speculate on it afterwards.

Exactly, but it’s difficult to talk about it, because I in fact am the least qualified person to have an opinion.

When you first listened to John Foxx’s Metamatic, the band Japan, and Kraftwerk around the age of 17, how did those artists impact you with their very institutional-sounding lyrics?

Those were seminal records for me and I remember when I listened to those records for the first time. I heard them because I was friends with some older people who were into that stuff in the 80’s. So when I heard that stuff for the first time in the mid 90’s, it was a different time. The music of the 80’s wasn’t as revered and as cool as it is now. Back then, this is during the mid-90’s, when people who were into alternative music and stuff… it wasn’t very cool to listen to the clean, synthy sound of the 80’s. So that was a revolution for me, I thought it was revolutionary music. That opened everything for me.

This article can also be found originally posted on aestheticmagazinetoronto.com